Testing – When a District Goes Too Far 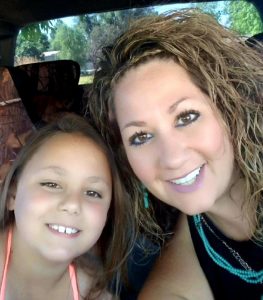 When Leah Acree entered her daughter’s classroom for her regularly scheduled time to volunteer, she was surprised to find a coach from the Colorado Department of Education working with the children on assessments. After asking questions, she learned NWEA, Northwest Evaluation Association, was a test the children were taking regularly throughout the year. She wasn’t ready for her young child, in the early stages of development, to be profiled. She was actively involved in her child’s learning and she understood that teaching is far more important than testing. In response to her letter opting her child out of ALL state and district assessments, she was threatened by the district superintendent and received letters of intimidation from the school district’s attorney. It takes a lot to stand up to the systems. With the help of Uniting4Kids, Leah exercised her parental rights of refusal, challenged the bullying tactics of administrators and reminded us all, when it comes to our children, we must never concede their well-being and future interests.

The culmination of months of meetings and letter writing ultimately led a group of parents to the State Department of Education, where we met with the Commissioner to ask, “How has education gone so awry? And What can be done about it?”

Below is the letter Uniting4Kids sent to the Colorado Department of Education that led to our meeting with the Commissioner.

Thank you for following up on my request for a meeting with the Commissioner. Although I appreciate the invitation, I’ve had multiple conversations with Ms. Z over the years via email and on the telephone. While she’s always been cordial, Ms. Z has either never fully understood the line of parental authority or has not supported the right of refusal for parents opting out of standardized tests. Rather than another exercise in futility, I would like to document a recent incident in xxx District. As an education advocate, many parents have shared similar experiences and it has become common for district or school administrators to overstep the authority of parents when it comes to assessments. This letter represents both a formal request to the Commissioner and CDE as well as documentation of the events.

As an education advocate, I work for the protection of parents to exercise their education decision-making authority without threats or intimidation. House Bill 15-1323, should have resolved any confusion regarding the rights of parents to refuse tests if they feel, for whatever reason, those tests to be counter to the interests of their child. Please reference House Bill 15-1323 22-7-1006.3. (1) (a), (8) (a), (8) (b), (8) (c)

Recent events with (parent Leah) and School District , have made clear confusion that continues to exists within the Colorado Department of Education. Provided here as attachments are the communications that were provided to both Leah and the District administration.

Also in attendance was Assistant Superintendent and school Principal. It was during this meeting that parent, Leah, was informed that her child would be tested and her rights as a parent would be violated. That decision was tabled at the end of the meeting.

The district’s confusion related to HB 15-1323 centered on the definition of “state assessment.” Because they classify NWEA(MAPS) and DIBELS, as a district assessment, it was their understanding parental opt out did not extend to that particular assessment. Those in attendance of the meeting were informed that case law consistently supports the authority of parents in exercising their decision-making authority whether it related to standardized testing or any other education offering. Examples provided included curriculum, standing for the pledge of allegiance or participation in electives, assemblies and so forth.

This information was also shared with the District, legal representative, Anthony Perko and provided case law is included below.

The parent, Leah, has done her due diligence in researching standardized testing and making the decision that best supports her child’s educational experience and unique development. She is particularly concerned about the validity of these assessments, student data privacy and the inequities perpetuated through a system of test-based accountability. In exercising her right of refusal, she has had to face lawyer’s intimidation, threats and notification that her child would be tested against her expressed directive. On multiple occasions, she has turned to CDE for clarification of her rights, current law, and the policy and process required in exercising her refusal. The communication she has received from CDE personnel has conflicting with information provided the district, creating confusion and further complications.

We would like to use this incident as an opportunity to correct any misinformation and prevent this type of situation from being repeated.

On behalf of Leah, parents and school officials I am requesting that CDE in both their policies and practices formally acknowledge parental authority and the rights of parents to exercise due process and their right of refusal. The right of refusal is intentionally applied broadly as our Constitution fully protects and engenders both the rights and responsibilities to direct their child’s upbringing, including all aspects of their education.

We understand the frustration on the part of district administrators and teaching professionals who are required to administer countless Federal, State and District assessments. It does seem unfair that school officials are forced to comply with burdensome testing mandates, while parents are afforded the right of refusal. In so many ways, current policies have pit parents against teachers and administrators. Regardless of the state of education policy and political affairs, the Constitution is clear in upholding the right of parents to direct their child’s education and preventing government systems from usurping the rights of the individual parent.

After additional communication, District through their attorney Mr. Perko, have indicated they will not force testing on Leah’s daughter. We further acknowledge the desire for CDE, school officials and parents to serve the interests of children. The Commissioner’s assistance in providing open communication, accurate statements of the law and clear distinctions of employee roles and responsibilities, would help to avoid future power struggles and allow both parents and school personnel to focus on the various aspects within their control. When it comes to educating the future citizens of tomorrow, there really is so much to do.

Please feel free to contact me if you have additional questions. A copy of this communication and the attachments will also be sent certified mail providing an official record of these events and the request for corrective action made to Commissioner Anthes and the Colorado Department of Education.

CASE LAW in Support of Parental Rights and Due Process:

The Supreme Court has repeatedly held that parents possess the “fundamental right” to “direct the upbringing and education of their children” and the Court declared that “the child is not the mere creature of the State: those who nurture him and direct his destiny have the right coupled with the high duty to recognize and prepare him for additional obligations.” (Pierce v. Society of Sisters, 268 U.S. 510, 534-35) The Supreme Court criticized a state legislature for trying to interfere “with the power of parents to control the education of their own.” (Meyer v. Nebraska, 262 U.S. 390, 402.) In Meyer, the Supreme Court held that the right of parents to raise their children free from unreasonable state interferences is one of the unwritten “liberties” protected by the Due Process Clause of the Fourteenth Amendment. (262 U.S. 399).

Please see additional rulings:
It is cardinal with us that the custody, care and nurture of the child reside first in the parents, whose primary function and freedom include preparation for obligations the state can neither supply nor hinder. . . . It is in recognition of this that these decisions have respected the private realm of family life which the state cannot enter.
– Prince v. Commonwealth of Massachusetts, 321 U.S. 158 (1944)

This Court has long recognized that freedom of personal choice in matters of marriage and family life is one of the liberties protected by the Due Process Clause of the Fourteenth Amendment.
– Cleveland Board of Education v. LaFleur, 414 U.S. 632 (1974)

In a long line of cases, we have held that, in addition to the specific freedoms protected by the Bill of Rights, the “liberty” specially protected by the Due Process Clause includes the rights . . . to direct the education and upbringing of one’s children.
The Fourteenth Amendment “forbids the government to infringe … ‘fundamental’ liberty interests of all, no matter what process is provided, unless the infringement is narrowly tailored to serve a compelling state interest.”
– Washington v. Glucksburg, 521 U.S. 702 (1997)

The liberty interest at issue in this case-the interest of parents in the care, custody, and control of their children-is perhaps the oldest of the fundamental liberty interests recognized by this Court.
In light of this extensive precedent, it cannot now be doubted that the Due Process Clause of the Fourteenth Amendment protects the fundamental right of parents to make decisions concerning the care, custody, and control of their children.

In a case overturned by the Court of Appeals:
The Due Process Clause does not permit a State to infringe on the fundamental right of parents to make childrearing decisions simply because a state judge believes a ‘better’ decision could be made.
– Troxel v. Granville, 530 U.S. 57 (2000)