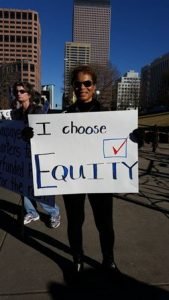 Earleen is a retired nurse with many years of experience caring for adolescents. She is a great-grandmother with a beautiful blended family including 5 children, 11 grandchildren and 2 great grandchildren. Her advocacy in education began in 2008 after discovering that school bond funds would not be allocated to building the long-awaited and much needed neighborhood school in her community. Instead funding went to a charter school campus. Her activism is currently fueled by the devastation created by school turnaround, and the rapid expansion of experimental and for-profit charter schools. As well as the invasion of corporate management which has resulted in failed school reforms, millions of wasted dollars and the dismantling of community schools. Her greatest concern is the mistreatment and disrespect of a test-driven compensation process and a punitive evaluation system that has led to the firing of competent, licensed classroom teachers. She strives to put education back in the hands of professional educators where all our children are best served.
Eve Cohen

Eve Cohen is a former Policy Analyst and a current stay-at-home mom to two daughters in Denver.

Jennilynne Coley is the proud single mother of three beautiful children attending Cherry Creek Schools. Her experience of becoming a teen mom at the age of 15 has fueled her passion for education as well as sparked her desire to actively participate in the community as a proponent of empowering children and families to find their own voice and work together to create a sustainable future for our communities.
Jennilynne strongly believes in root word of education, “educo”, which actually means “to draw out”, believing that this method of approach is far more effective in cultivating critical thinking skills and developing leadership than following stringent curriculums and “teaching to the test”. For this reason, and many others, she chooses to opt her children out of the CSAP/TCAP and CMAS/ PARCC standardized testing in Colorado. She has found that too often these types of high stakes testing practices are undermining the value of children, teachers and education as a whole; the tests are simply having an opposite effect from their original intent, especially in high poverty schools where children have access to fewer resources and the achievement gap continues to widen.

Jennilynne is a graduate of the Family Leadership Training Institute (FLTI), a 20-week curriculum that integrates personal and child development, leadership training, civic literacy and civic participation skills, and she been a Phase II Facilitator of the program since 2014. She has a Bachelor of Business Administration degree from the University of Denver. 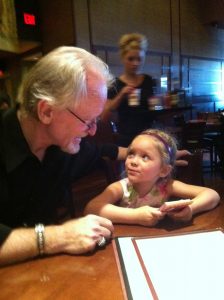 Dr. Anthony Dallmann-Jones, has 40 years of experience as teacher, professor and school administrator. He is author of 11 books, including Shadow Children ~ Understanding Education’s #1 Problem. Tony has assisted in developing faculty in over 100 schools on differentiation, stress management and working effectively with at-risk kids in schools. Dr. Dallmann-Jones recently keynoted education conferences in Moscow, Singapore and the United States. He is a professor of differentiated instruction and alternative learning at Marian University in Wisconsin. Most recently he Edited and Designed the collaborative book project, Fixing Public Education and was a contributor and editor of the 2010 Educating for Human Greatness book. 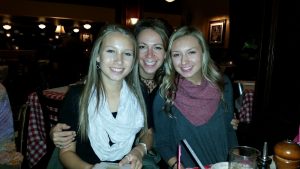 Angela Engel, author, speaker, educator and mother of two. Angela earned a masters degree in Curriculum and Instruction and has spent 25 years in education and leadership development. Along with Don Perl, Angela helped launch the Opt Out movement in 2004. She served as the project Director for the Children’s Action Agenda, organizing children’s advocacy groups from around Colorado on a common legislative platform. Angela designed the “50 State Resolution” to help end No Child Left Behind and authored legislation to reduce high-stakes testing, to protect parental rights, and to improve prevention and early intervention services for children and low income families. Angela is the author of Seeds of Tomorrow: Solutions for Improving our Children’s Education and the newly released collaborative book project, Fixing Public Education.
As an extension to her advocacy work, Angela works for Colorado State University training facilitators and coordinating alumni from the Family Leadership Training Institute, FLTI. From grassroots to gold domes, Angela has utilized every means, tool, and avenue to help children thrive, build coalitions of children’s advocates and strengthen communities and their schools.

Carla is a single mother of a wonderful 6th grader, Hannah. Carla has devoted her life to protect children. She works on an inpatient Psychiatric Unit with children who struggle with many aspects of their lives including school. She became involved in the opt out movement over 3 years ago when she noticed her daughter expressing concern about her teachers being sad and her daughter, Hannah, not wanting to go to school. She had always thrived at her school. Carla started going to opt out, data mining and Board of Education meetings. She became aware of what was happening in her district and the state and witnessed first hand the psychological toll high-pressure, high-stakes learning environments are having on youth. We have an educational environment where children and teachers are no longer valued and high stakes testing is being pushed on all children for profit. She joined Uniting4Kids to advocate for the health and well-being of children in the school system, not only for her child, but for all children. Hannah has not taken a standardized test for 3 years and is thriving once again. 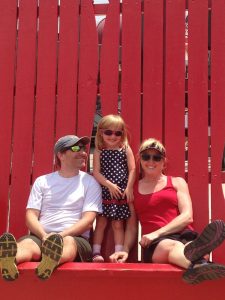 Our family participates in education together, and we are all concerned about how we can support public education for all children. Art and Kayla attended Kindergarten Orientation Night at our “Level 10” rated neighborhood school with our daughter. We asked the principal what the school had to offer our family if we refused the TS Gold test and logging onto computer programs for daily classroom work, and the answer was, “nothing, really.” Our daughter asked about playing, and there is not enough happening in the kindergarten schedule at the neighborhood school to provide a healthy environment. Despite fierce support for traditional public schools, we will opt our daughter out of unfair, inappropriate, and discriminatory over-testing because we trust teachers to teach and they are not being allowed to do that. We believe all children deserve public schools that allow for play AND are focused on providing a comprehensive, quality and empowering public education. 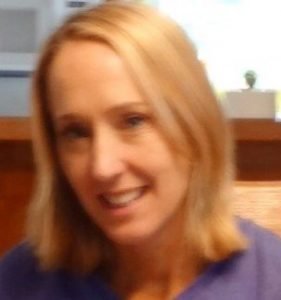 Noelle Green is married to Joe and has two children, Lucy and Joe. She is an education researcher, blogger and activist for children who are voiceless in this education reform overhaul that puts the needs of the business community and investors first. She fell into the role of child advocate when the charter school her children attended switched over to computer-based common core learning in 2011. She saw teachers and children reduced to tears because the new curriculum and over-testing was not appropriate for the children. She advocates for a solid foundational education for all children, that does not neglect the humanities. She believes that education reform is fiscally irresponsible and will only worsen the widening achievement gap. She advocates for small class sizes, strong academics, limited screen-time, hands-on projects, enrichment, fewer standardized tests, and breaks for creativity and play. 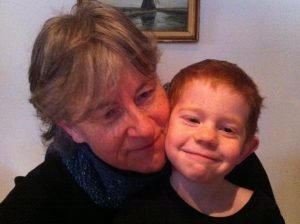 Conny Jensen (59) from Greeley, Colorado, is a 20+ year long education advocate and activist.She is the mother of two adult gifted children, and since she was born and raised in The Netherlands, she is Oma to her five year old grandson.

Ever since my daughter (31) entered public school, I have been an advocate for her, as well as for other children in all the schools she, and her brother (28), attended. In those decades I served on school and district accountability committees, or sat in on the meetings, usually as the only guest. I was president of two PTA’s; one in Germany, the other in Las Vegas, NV, and later headed the Greeley Eagles Parent Support group for gifted children for almost ten years. I devoured books on education, participated in GT teacher workshops, and attended several GT conferences, always with the inten to help inform parents, teachers, and principals.

As a grandmother I have witnessed the amazing development of my 5-yr-old grandson in his early years, and must come to the sad conclusion that policymakers do not really care for the needs of children that guarantee their healthy development, or they have no understanding of it, and refuse to listen to those who do. Why else would public schools now be woefully remiss in offering children recess, or the opportunity for play in K grades; a basic need for their healthy and holistic development! 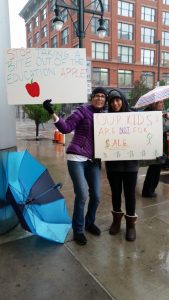 Her experience as the first parent to opt her daughter out of standardized testing at her daughter’s middle school and the tremendous push back she received from the principal propelled her into the opt out movement. Susan is is most interested in working to inform her community of the negative aspects of corporate education reform and the necessity to take action to preserve public education. She has a bachelor’s degree in Business Administration and Professional Certification in Information Technology and currently works full time for a large IT Services company. 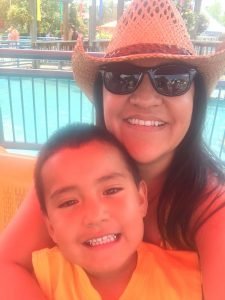 A resident of Weld County, she refused to allow her children to be tested in CSAP/TCAP and now PARCC.
She first began opting out when she learned that her son, a straight A math student, was placed in remedial math in middle school on the sole basis of the state test score. She found the tests to be biased and discriminatory leading to the disproportionate placement of African-American and Latino children being held back and inaccurately labeled. Critical learning opportunities are being lost to test preparation and remediation based on measurements that lack validity and reliability.
She advocates on behalf of Latino families and the importance of equity and cultural competency. 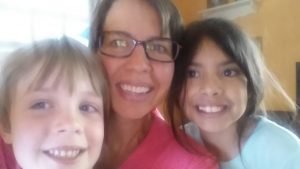 Lynn Roberts is the parent of two children attending a Denver Public Schools elementary school. She advocates for every child’s right to a developmentally appropriate education and has developed a passion for Maria Montessori’s enduring model for giving the child the world. Her conviction that the true stakeholders are those closest to those for whom public schools exist drives her advocacy for the rights of children, families, and educators in the allocation of resources and control of decision-making in our public schools. 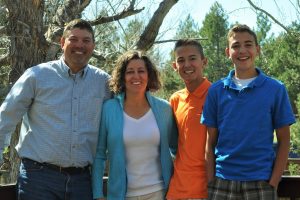 Teresa is a mother of two teenage boys attending Douglas County public schools. She became involved in public education issues after being outraged by experiments conducted in her school district, only to learn the same issues are present throughout the nation. Teresa has a master’s degree in Counseling Psychology and has worked as a child therapist, an educator, a day care worker and a business owner. She is concerned that today’s education policies do not serve students from all walks of life and learning styles. Being Hispanic, Teresa is particularly concerned about inequities in education for minority students, especially those whose primary language is not English. 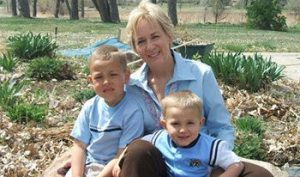 Judy Solano, a 27-year public school teacher watched as the joy of teaching and learning diminished when the emphasis on standardized testing took over her school. She retired from teaching and ran for office to be a voice for children, teachers and public education. She was elected in 2004 and served as a state representative for 8 years, serving as vice-chair of the Education Committee. Every year of legislative service, she ran a bill to address the damaging effects of standardized testing and the loss of revenue to the classroom. Each time she was met with resistance from corporate lobby’s and organizations like Stand for Children and Democrats for Education Reform.
As a mother of 2 and a grandmother of 5, she led the challenge to high-stakes testing at the Colorado legislature. Unfortunately for children, every year the stakes have gotten higher and the money and time directed at testing greater. She witnessed from inside the policy process as the testing companies became richer, the classrooms become poorer, and authentic learning withered. She joined Uniting4Kids to help inform and encourage parents, teachers and students to take action to stop corporate overreach and bring authentic learning back into our schools.