Last month I encouraged citizens to attend a “listening tour” for the Lieutenant Governor. The subject was early childhood education. Since standardization and testing has failed so miserably for 3-12th graders, they wanted to expand to preschoolers through 2nd grade. I went; I’m quite certain I was the only parent. The majority were Early Childhood Council staff, city leaders, pre-school directors, and a couple of pre-school teachers. We were given questions and the opportunity to respond.

The criticism was plentiful:

When the Colorado Dept. of Education asked the question, “How do you define quality early childhood education?” I spoke up and said, “Please don’t.” These folks will spend the next year writing a paragraph that attempts to capture what hundreds of early childhood books and PH.D’s have been developing through practice and research for a couple of centuries.

When they asked the question, “Where should we invest these dollars and what should we expect for our return on investment.” I spoke up again. “Wrong question,” I said. “Those investments are our tax dollars. Our four-year-olds don’t have to prove how those dollars were spent, you do.” As a taxpayer I don’t need evidence that little Cindy can finger paint the alphabet, I just need to know that my dollars bought the finger paint and the easel.

So the outcome of that listening tour is that Colorado is applying for nearly $60 million of the $500 million that the feds are using to leverage more control. If awarded, all of that money will flow directly to the department of education so they can standardize and test our little ones, write more policy manuals on where to position the chairs, and spend their $68 dollar an hour salary telling the $10 an hour preschool teacher how to do her job better. As part of the grant requirements, not one single dollar will be used to place one of the 10,000 children currently waiting on the Colorado preschool list.

So here’s my recommendation. The Lieutenant Governor is hosting a “pretend” listening tour on early literacy. Just stay home because no matter what you say, come January there is going to be a bill in the legislature that is likely to flunk all third graders who can’t pass a battery of reading tests. It’s the “new” approach to addressing Colorado’s fastest growing rate of poverty. Below is the link to the national campaign to sell more tests to third graders so take a look and remember our most vulnerable children can’t get into preschool but we’re preparing to have those same children repeat the third grade.  Too bad hungry kids can’t eat those tests, we might actually accomplish something.

Here’s a great piece from NPR on why preschool is still the best job training program.
http://www.npr.org/blogs/money/2011/08/12/139583385/preschool-the-best-job-training-program

“Play is the serious undertaking of a child’s life. It is the umbrella under which ALL learning takes place.”
– Joseph Chilton Pearce

This election year Douglas County Voters will have an opportunity to demonstrate the power of citizen engagement and the necessity of directing our communities from a local level. Current Douglas County school board members, receiving substantial campaign contributions from ACE, a pro-voucher organization, ran a political agenda that weakened high-performing Douglas County Schools. First they hired an inexperienced superintendent and paid her more than any other superintendent in the state. Douglas County is also the only district to charge families bussing fees to transport children to neighborhood schools.
Secondly, in the midst of a major budget crises, current board members voted to direct taxpayer dollars to private schools with zero accountability to the public for those dollars or those children. An expensive law suit proved what critics had explained all along. The separation of church and state protects the religious freedoms and diverse religious practices protected by our constitution.  The court ruling also qualified the assurance that with public dollars comes public oversight.
Douglas County residents deserve a board that is committed to the strong neighborhood schools that have grown a thriving community. We need leaders that understand the importance a strong education system plays in attracting and sustaining business and home buyers.  And our children and their future warrant a local government dedicated to protecting and serving their interests. By voting for the new board candidates Gail Frances, Kevin Reilly and Susan McMahon, voters can restore common sense and return education integrity to Douglas County families. It’s a great opportunity to set things right and discipline a board that has put self-interests above community service. But most importantly this election offers the potential example of a community’s commitment to its children. Ballots are out. Cast your vote for Kids!

Mo
vie and Discussion: The Inconvenient Truth Behind Waiting for Superman
The Inconvenient Truth Behind Waiting for Superman is a very honest discussion about what passes for education reform today and the facts about its failure. Unfortunately, the same issues discussed are being used in Denver’s schools today, but all is not lost. It will give us ideas about what we can do to change things for the better.

DATE: Sunday, October 23rd
TIME: 5:30 to 8:30 p.m.
WHERE: home of Ray Flesher and Betty Harris, 6281 S Cedar St, Littleton, CO 80120.
Please RSVP to 720.560.3806.
Free of charge
This program includes a potluck starting at 5:30 pm and ends with open discussion after the movie which is about 2 hours.
Sponsored by CD6 Littleton/Centennial MoveOn Council, Uniting4Kids and Angela Engel, author of Seeds of Tomorrow. 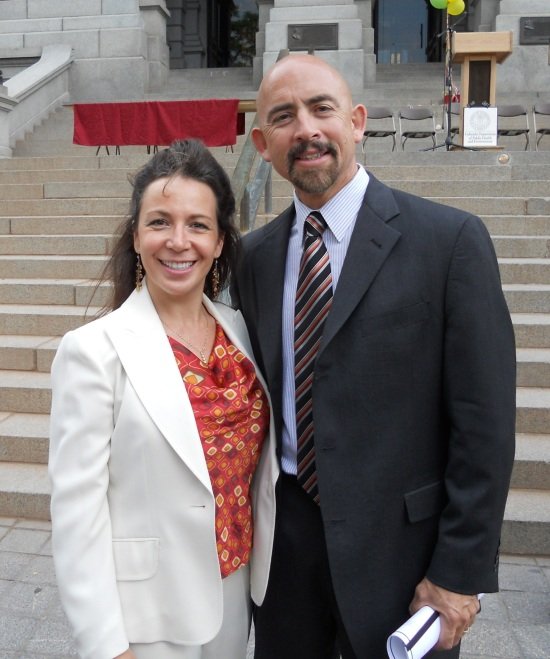